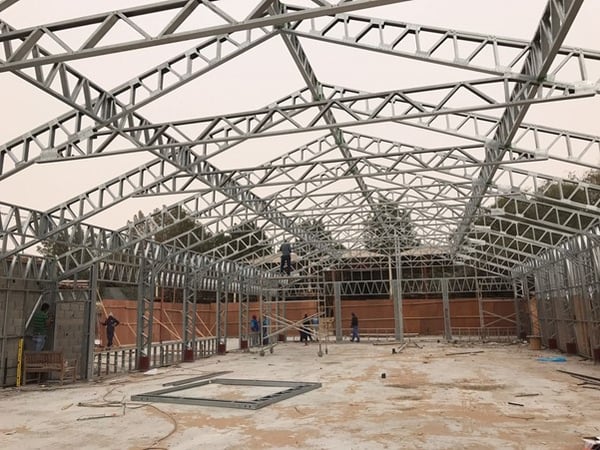 The construction market in United Arab Emirates (UAE) is like anywhere else in the world, speed of construction plays heavily into who is awarded contracts for new projects. Carnegie Construction is based in Abu Dhabi, UAE, one of the most modern cities in the world. Building standards here are demanding and architecture is generally sophisticated. The relationship between FRAMECAD Solutions and Carnegie began in 2014, when the two companies met at FRAMECAD’s showroom in Jebel Ali, Dubai.

The CEO of Carnegie, Mr Rashed Salim Al-Noaimi, an entrepreneur was considering other CFS manufacturers at the time, but FRAMECAD’s presence in UAE, software features, huge market share, after-sales support, and building materials supply have made the CEO’s decision to acquire FRAMECAD’s F325iT 89mm profile system far easier than anticipated.

Carnegie have been a key customer for FRAMECAD in the largest emirate of the UAE, constructing commercial, residential, and modular structures. In 2017, a project was awarded to them to construct a 19m span x 30m long shed type restaurant in Emirates Park Zoo in the district of Al Bahyah in Abu Dhabi. Utilizing cold formed steel and the FRAMECAD automated-construction system; Carnegie delivered an exceptionally fast and affordable solution using only one Cold Formed Steel (CFS) section, an 89mm C section directly manufactured using their F325iT system.

From design to completion

With a short lead time, speed was crucial. They needed to balance reducing the costs of construction and minimizing the number of workers on-site; ensuring the structure would be efficiently designed to stand to the high desert wind speeds in the emirate of Abu Dhabi.

The Carnegie design team used FRAMECAD® Structure to design and detail all structural elements of the shed, exporting to SAP2000 for further portal structural analysis and FRAMECAD® Detailer for the fabrication of the frames. The design process took approximately 3 days to complete and FRAMECAD® Structure exported all BOQ reports needed on site. The total weight of the structure was short of 19kgs/m2, totaling 10.5tons of steel (supplied by FRAMECAD building materials department in Dubai) and comprising of both 1.15mm for the main portal, and 0.75mm for the secondary elements.

Following confirmation of the final design and detailing, it was time for manufacturing. The team at Carnegie began constructing the frames using the directly exported production files from FRAMECAD Detailer. With a production speed of over 600m/hr including all the punches, service holes, and other tools, production of these sections took just under 18 hours over 2 days of 9-hour shifts. The frames were bundled and transported to site due to the narrow access to site. All this was made easy due the printing system and zoning available in FRAMECAD Factory and FRAMECAD Detailer, which made assembling the frames on-site very quick and effective.

Mr Ahmed Odat, construction manager at Carnegie stated: “everything was smooth during the production and erection phases as we had no real issues with the frames. The only challenge we faced was the narrow access to the site, in which all the frames had to be assembled and packed there. We initially thought that this was going to slow us down, but we had to utilize FRAMECAD Structure smart feature to group the frames by zones, so we don’t have any room for error on-site. This worked quite for us, and frames took the same time as if they were assembled in the factory. The whole erection phase took 10 days to complete from the time of starting production to the installation of all the frames, utilizing only 6 men in total. A successful project and a happy client” 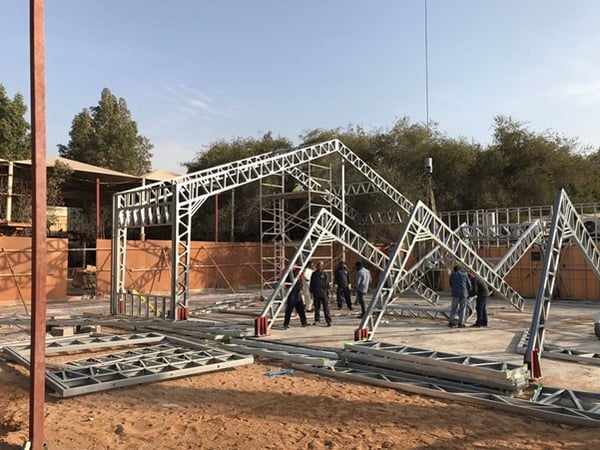 
With a happy client and a rapid method of construction, Carnegie certainly aren’t moving away from cold formed steel anytime soon. They later started working on American style farmhouse, residential villas, triangular houses and much more. More information can be found in Carnegie Construction projects.

“Cold formed steel is the best method of construction for us because of its low cost, flexibility, speed of production and erection, and its ability to be used with any type of cladding system, whether low cost or luxury material such as our signature stone veneer system” explains Mr Odat. 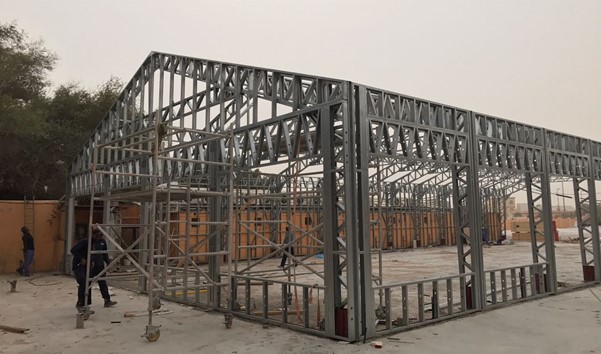 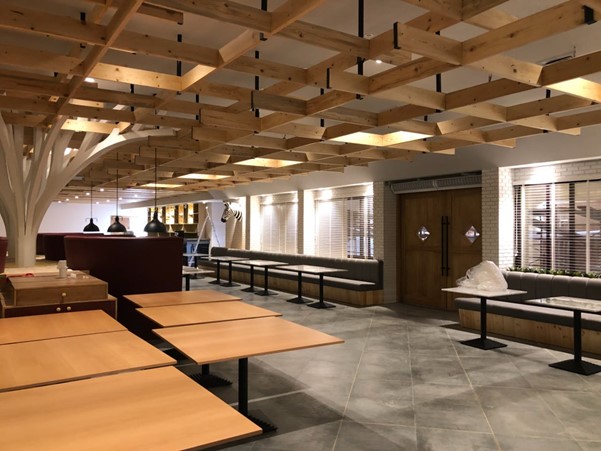