It’s a common misconception that only low-rise buildings up to two or three stories can be built with cold formed steel. Many also think that cold formed steel (CFS) is limited to small, non-critical interior or exterior framing applications. But this couldn’t be further from the truth. The structural integrity of CFS framing suits mid-rise buildings as well.

Combined with the well-known economic benefits; cold formed steel has taken the construction industry to new horizons with faster, higher quality and more sustainable construction of residential and commercial buildings around the world.

In this article, we’ll cover the proven suitability of CFS - and its other many benefits - for taller buildings.

Cold formed steel is both lightweight and strong and is used to make durable components such as wall frames, joists, and trusses. The versatility of CFS allows for lots of variations in design, taking nothing away from its strength when engineered to accepted standards.

The American Iron and Steel Institute (AISI) provides guidelines that govern the production of CFS components in North America and recognize the utility of cold formed steel as a worthwhile structural material for common types of buildings.

While conventional wisdom has long held that structural CFS can be used for buildings up to 10 stories tall, an engineering analysis by the Steel Framing Industry Association (SFIA) revealed that cold formed steel can support buildings of up to an astonishing 40 levels.

Why is this the case? The arrangement of CFS load-bearing components (which included standard C-shaped studs and typical spacings) in the feasibility study was able to meet all requirements for distribution of live and dead loads throughout the building.

This has big implications for the fast-growing urban centres of the world. While high-rise applications may be some years away still, studies such as the SFIA report hold promise for the ongoing development of multi-level residential projects in burgeoning cities using cold formed steel.

This article by BuildSteel summarises cold formed steel and its suitability for structural applications, including mid-rise and multi-housing projects.

The many benefits of steel in construction, including its superior durability and resilience, make it a worthy option for use in multi-level buildings.

A seven-storey multi-family building in Denver, Colorado, USA, is one such case study featured in our eBook, The Endless Possibilities of Cold Formed Steel Applications. The building makes use of prefabricated CFS wall panels for the top four levels of the building (supported by two levels of podium).

The entire mid-rise building was erected within a 40-day time span, with each storey taking only seven days from wall panel assembly to final detailing. Building with CFS allowed for a remarkably short project timeline, with efficient day-to-day work onsite.

These 90-unit apartments, were built to house residents near downtown Jackson, Wyoming. With its unique C-shape design and fast timeline requirement, the construction was the perfect opportunity to use the advanced end-to-end steel frame design and manufacturing system, FRAMECAD.

Opting to build with CFS allowed the mass production of metal stud wall panels with precision and accuracy, in ¼ of the time. This four-story, large-scale apartment project was completed in just four months. 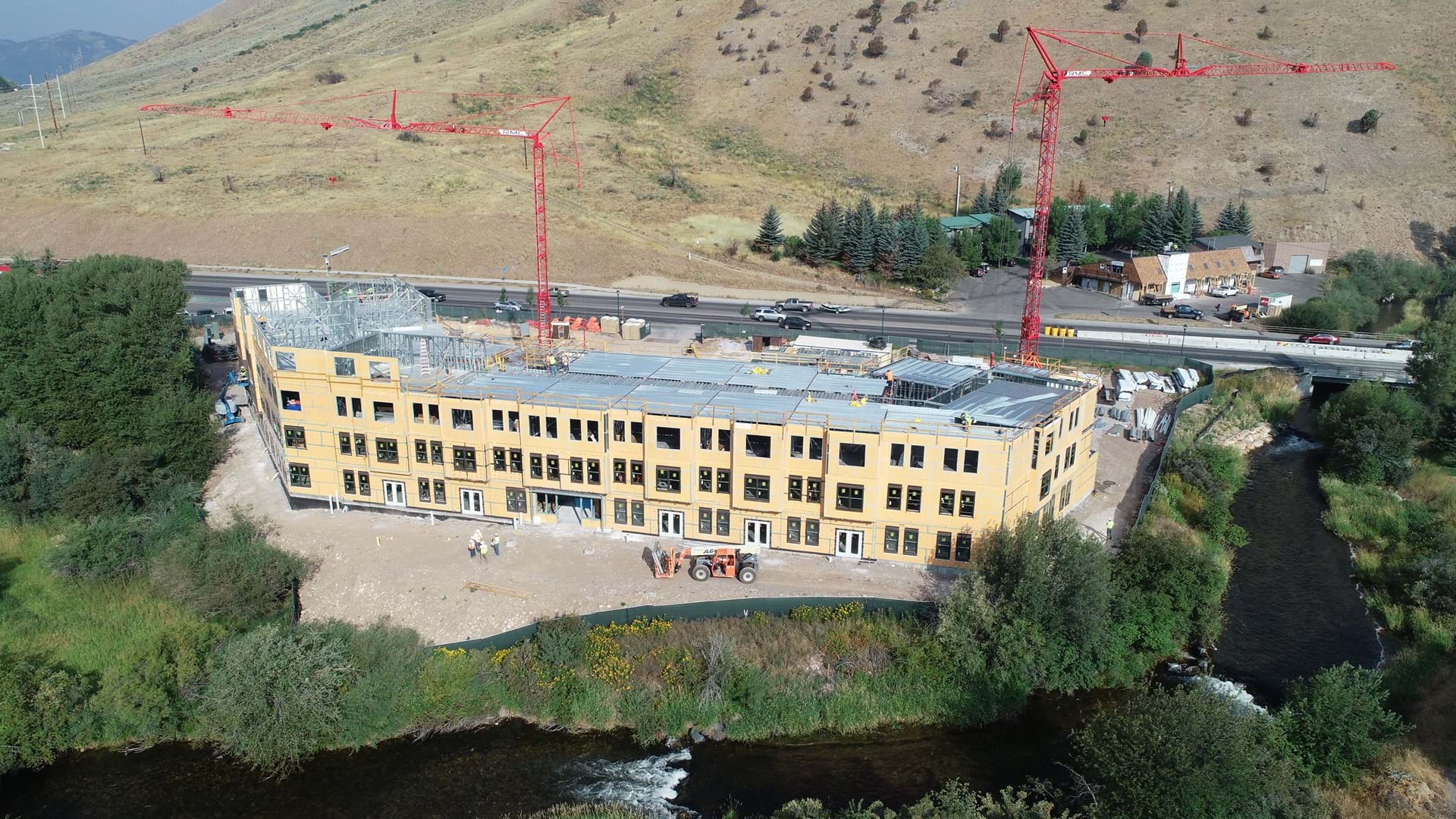 Eight stories were added to an existing 1970's, 12 story building in Melbourne’s CBD. This was largest CFS flooring cassette project ever completed.

This huge project was originally planned using timber flooring and joists that would need to be installed one at a time, tripling the project timeline and increasing the budget. The decision was soon made to use cold formed steel as other options were considered.

55.2 tonnes of steel were manufactured offsite into 4,739 square metres of floor cassettes. Each level took the single shift production team a week to roll and assemble each storey before being transported to site. Installation was completed quickly and efficiently on-site by the team in just 3-4 days per level.

16 weeks was all it took to manufacture the single largest cold formed steel floor cassette project in the world.

Other realistic possibilities for mid-rise CFS construction include office buildings, hotels, dormitories, healthcare facilities and many more. Since larger construction projects in any part of the world benefit from the highest quality materials, as well as shortened time frames, it is worth considering CFS regardless of project type.

Cold formed steel solves many of the issues encountered by owners, developers and other stakeholders engaged in building mid-rise projects. Structural CFS meets regulatory standards, offers engineers and designers a great degree of flexibility, and takes advantage of new, improved technologies that are ready to meet the demands of 21st-century construction — even and especially when it comes to larger, multi-level buildings.