The construction market in Algeria is not too dissimilar to anywhere else in the world; speed of construction, cost of labour, and materials play heavily into who is awarded contracts for new projects.

Two-years ago SPS introduced the FRAMECAD system into their offering; boasting a F325-iT and the high performing PEB300. Through this, coupled with FRAMECAD Structure and FRAMECAD Detailer, SPS have strengthened their use of a factory-built offsite construction methodology, whilst shipping transportable components to site for assembly and erection.

Having witnessed how traditional construction methodologies can lead to delays on-site, whilst also incurring additional material and labour costs, the team at SPS knew that adopting a highly efficient and accurate system was crucial to their overall business success. 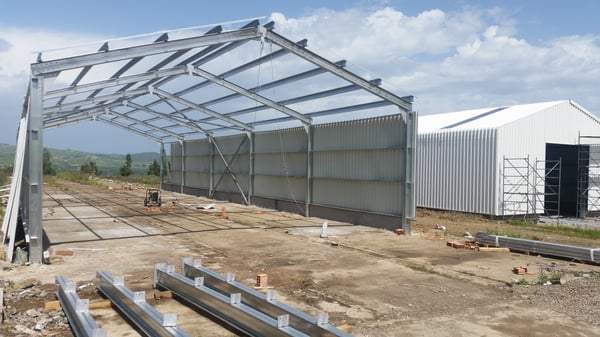 From design to competition

With a short lead time, speed was of the essence. At the same time, they also needed to balance reducing the costs of construction and minimising the number of workers on site with ensuring that the structure would stand up to the climatic and seismic loads of its environment.

The SPS team used FRAMECAD Structure and FRAMECAD Detailer to design the shed, supplying the initial plan to the customer before making adjustments.

The shed, which was originally set to be 12m wide, had to be adjusted to feature a 10.5m span instead. Luckily, the team was able to adjust the plans quickly and easily within the FRAMECAD software. This was made particularly easy as utilising FRAMECAD Structure enabled them to automatically incorporate the specific design requirements for a compliant and structurally sound building. 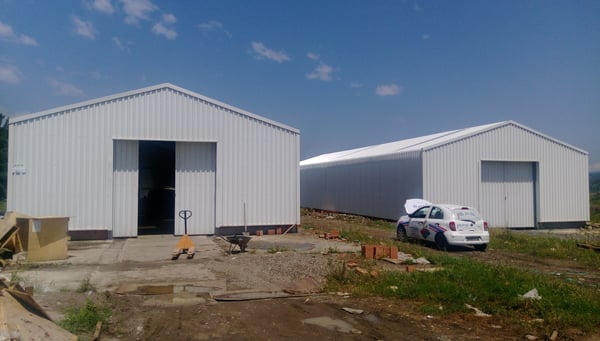 Following confirmation of the final design and detailing, it was time for manufacturing.

“Our production team erects buildings in two phases,” shares Islem Saber of SPS. “First we make the prefabricated panels and posts in our factory, and then we erect them on site using a mobile crane.”

A number of client changes throughout the production process could have presented challenges to the team. But due to the nature of FRAMECAD manufacturing software, the production team were able to adapt the framing layout manually in the machine and on the FRAMECAD data file for instant roll forming.

Employing a maximum of eight staff on-site at any time, SPS were able to complete the two large, pre-engineered commercial buildings in only 30 days – from design all the way to erection. Not only did they complete the build in less than a third of the time of traditional methods, they also saved their clients 4/5th of the costs whilst improving their own return on investment.

So, what was the highlight for SPS whilst building these six-metre high commercial warehouse? Using their new FRAMECAD PEB300 machine.

“This was the first warehouse created by SPS on the PEB300 using 100% cold formed steel. FRAMECAD organised training in Dubai for the machine, as well as their technology park in Auckland, New Zealand. The ongoing support from FRAMECAD is great.” 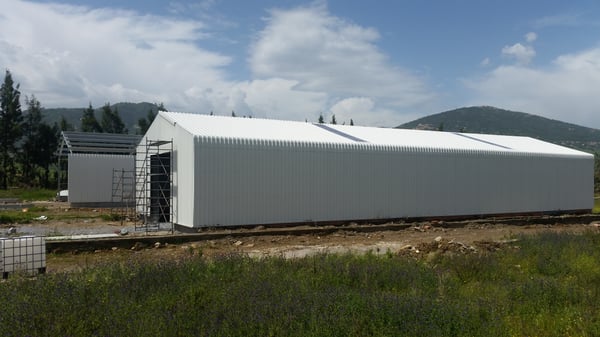 With a happy client and a rapid method of construction, SPS certainly aren’t moving away from cold formed steel anytime soon.

“Cold formed steel is the best method of construction for me because of its reduced costs compared to other methods, the rapidity of erection, and its ability to be used for any type of building, whether residential or industrial,” explains Islem. “It reduces the cost of construction in Algeria and has increased our annual production rate.”

However, alongside SPS’s commitment to cold formed steel comes an appreciation for the support that helps them complete so many projects so effectively.

“We love working with FRAMECAD because they provide accompaniment to their clients from the engineering phase right through to manufacturing and erection on site. Their products also allow us to realise our projects within a short time, helping us be competitive in the market.”

The project in numbers: 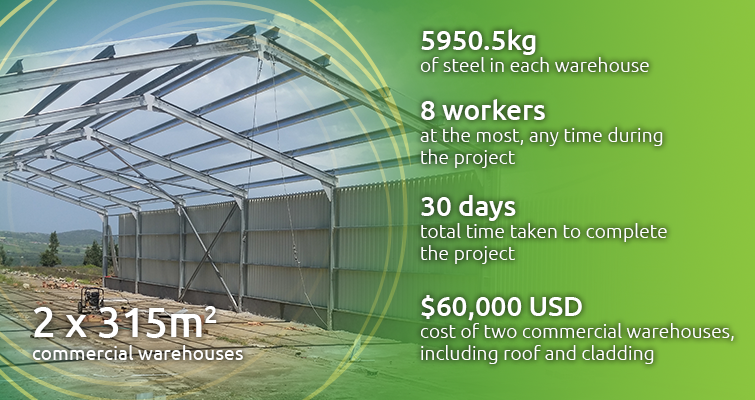